LGM Advisors will professionally guide you with your workplace discrimination situation. We have the knowledge, experience and professionalism to expertly consult you on the best possible outcome. We are a trusted team that you can rely on when it comes to employment lawyers in Melbourne. Contact LGM Advisors today on (03) 9832 0608 or by email at marketing@lgmadvisors.com.au. 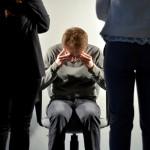 Am I required to disclose any health issues to my employer?

What happens if I disclose information regarding my health or disability to my employer?

Legislation exists to protect employees or contractors from unlawful discrimination relating to disability.

The Act states that disability may not necessarily affect a person’s suitability for a role. As a job applicant, you are protected by section 16 of The Act, which prevents an employer/prospective employer from discriminating against you on the basis of disability in the following circumstances –

Section 20 of The Act outlines the obligations your employer has to make reasonable adjustments in the workplace to mitigate the effects of your disability. Such adjustments include the installation of a ramp for easy-access, an adjusted work station, or adjusted break times for example.

Under section 23 of The Act, employers may lawfully discriminate against as an employee (current or prospective) in situations where –

Section 351(1) of the Fair Work Act 2009 (Commonwealth) prohibits employers from committing injury or discrimination in the form of adverse action or dismissal against any employee/prospective employee on the basis of mental or physical disability. A breach of this section entitles an affected employee to make a general protections claim, even if the employer has dismissed them.

Similarly to the Victorian Equal Opportunity Act 2010, the Fair Work Act 2009 (Commonwealth) states that if you are not able to perform tasks crucial to your role, it is not unlawful discrimination or a breach of The Act for an employer to dismiss you.

The Commonwealth Disability Discrimination Act 1992 provides parallel protections for employees against discrimination on the grounds of disability.

As a 60 year old female manager, I am beginning to feel uncomfortable due to repeated claims by the new CEO and other management staff that a young, attractive workforce is required for the company to meet its goals. I feel as though I may soon face discrimination because of my age. What can I do?

Employees claiming to have been discriminated against on the basis of age or physical features will have to provide evidence of unfavourable treatment in order to have their claim considered. If you believe you may find it difficult to secure a position elsewhere upon dismissal, you may wish to launch an injunction against your employer to prevent them from dismissing you. The complex injunction process would require legal representation to be effective. When a claim has been lodged with the Victorian Equal Opportunity and Human Rights Commission, employers are not likely to dismiss you pending the outcome of the legal process you have initiated.

Specific evidence highlighting such discrimination may be found in the form of repeated comments by management staff describing a preference relating to age or appearance when recruiting new staff or allocating tasks. Demonstrations of age or appearance-based preference by of management staff should be consistent before a claim is made, as one or two comments may be innocuous.

Workplace discrimination on the basis of age is also prohibited at the Commonwealth level under section 18 of the Age Discrimination Act (2004).

I’m worried about being victimised if I lodge a complaint with the Victorian Equal Opportunity and Human Rights Commission. Are there rules in place to ensure I am protected?

I believe I was overlooked for a promotion whilst I was on maternity leave. Am I entitled to lodge an unlawful discrimination claim?

Under the Victorian Equal Opportunity Act 2010 it may be considered discrimination on the basis of sex or parental status if an employee has been overlooked for promotion whilst away on maternity leave.

I left my job due to ongoing discrimination. Despite my resignation, am I entitled to lodge a discrimination claim against my former employer?

A claim under the Victorian Equal Opportunity Act 2010 may still be made against a former employer on the basis of unlawful discrimination, even if you have resigned from your position. Resignation may complicate your claim, but the Victorian Equal Opportunity Commission understands that ongoing workplace discrimination can seriously affect the wellbeing of employees. Many employees who have been subject to discrimination are unaware of their rights, and resign without making a claim.

The details of your resignation may have a substantial effect on the strength of your claim. For example, there is a legal distinction made between a genuine resignation (a measured and rational decision by an employee) and a constructive dismissal.

If the resignation is found to be the result of a constructive dismissal or similar factors, you may receive compensation equivalent to the wages you would have earned if your termination was the result of a decision by your employer.

If you believe that your resignation was the result of constructive dismissal tactics by your employer, rather than a genuine resignation, the Commonwealth Fair Work Act 2009 may provide you with protection on the basis of unfair dismissal. Section 385 of the Fair Work Act 2009 states that if your dismissal was not a case of genuine redundancy, you may have been unfairly dismissed. This may also be taken as referring to a resignation filed under the influence of your employer or colleagues. If you believe this has happened to you, you may apply to Fair Work Australia within 14 days of the termination of your employment. If more than 14 days have passed, the Tribunal has discretion to extend the application period under section 394 of the Fair Work Act 2009 based on the reason for your delay.

Overall, it may be more beneficial to make a claim though the Victorian Equal Opportunity and Human Rights Commission whilst still employed. If in doubt as to whether or not your case is likely to succeed, it is advisable to consult an employment law practitioner.

I was denied a promotion, and my employer claimed that the company decided to choose a younger person over a more experienced person. What can I do?

Under the Victorian Equal Opportunities Act 2010 and the Commonwealth Age Discrimination Act 2004 employers are prohibited from judging candidates for promotion on the basis of age. A decision by an employer to appoint a younger candidate for the role is likely rooted in the fact that a younger candidate with less experience can expect to earn a lower salary than a candidate with years of experience. Should your employer deny you a promotion purely due to the fact that you are older than other applicants, they would have contravened both Acts and therefore be liable for a discrimination claim.

The Victorian Equal Opportunities Act 2010 states that it is prohibited for employers to treat you unfavourably because of your age. Examples of unfavourable treatment may include the refusal to train you in new workplace equipment or techniques due to a belief that you may be too old to learn, or the imposition of an unreasonable workplace requirement, condition, or practice that has or is likely to negatively affect employees of a certain age.

Under the Equal Opportunities Act 2010, an employer may lawfully discriminate on the basis of age if your age impacts on your ability to carry out the inherent requirements of the role. These requirements are determined on a case-by-case basis, but may include –

I believe I was unlawfully discriminated against, and the discrimination occurred prior to August 01, 2011. Does the new Equal Opportunity Act apply to me?

An unlawful discrimination claim regarding an employment related incident that occurred prior to 01 August 2011 is likely covered by the Victorian Equal Opportunity Act 1995. Law that is applicable to a certain situation or offence will be the law that was in force at the time the situation or offence occurred. This means that a discriminatory offence that occurred before 01 August 2011 will need to be brought to claim under the old Act.

I raised concerns about superannuation entitlements with my employer and was dismissed shortly after. What are my rights?

Under the Commonwealth Fair Work Act 2009 and Victorian Equal Opportunity Act 2010 it is unlawful for an employer to dismiss an employee as a result of them raising concerns related to employment entitlements (such as superannuation).

Section 340(1) of the Commonwealth Fair Work Act 2009 states that an employer must not take ‘adverse action against an employee for:

Section 341(1) of the Fair Work Act 2009 states that an employee has a ‘workplace right’ if the employee is entitled to the benefit of a workplace law or instrument, or:

As a result of these provisions it is prohibited for an employer to dismiss you based (adverse action) based on a claim or proposed claim to superannuation entitlements or other employment entitlements (a workplace right). Therefore, if you have been dismissed after exercising your right to discuss any concerns relating to employment benefits (including superannuation), you are entitled under the Fair Work Act 2009 to launch a general protections dispute with Fair Work Australia.

I felt I was being unfairly discriminated against in my workplace. I told my employer that I intended to lodge a discrimination claim against them. I was dismissed shortly after. What rights do I have?

An employer may not lawfully dismiss, or subject an employee to any form of detriment, due to that employee lodging/threatening to lodge a complaint with the Victorian Equal Opportunity and Human Rights Commission.

Specifically, section 103 of the Victorian Equal Opportunity Act 2010 prohibits employers victimising employees as result of them –

I was dismissed after taking several days off as a result of illness. What are my rights?

If a short absence is the only reason for your dismissal, your employer may have breached the Commonwealth Fair Work Act 2009 and/or other anti-discrimination legislation. You may be additionally protected this temporary absence is the result of illness, injury, or impairment.

The Commonwealth Fair Work Act 2009, section 352 states that an employer may not dismiss you due to you being temporarily absent due to injury or illness. Under section 352, a maximum penalty of $6600 may apply to an employer for dismissing you based on a short absence due to injury or illness. This penalty may still apply to your former employer if you have gained new employment elsewhere within six years of your dismissal.

Under the Commonwealth Fair Work Act 2009, you must provide your employer with a medical certificate or statutory declaration explaining your injury or illness within 24 hours of the commencement of your absence, or within a period that is considered reasonable under the circumstances.

I was made redundant without explanation during my maternity leave. Do any laws protect me?

Under the Victorian Equal Opportunity Act 2010, and Commonwealth Fair Work Act 2009/ Sex Discrimination Act 1984 it is unlawful to dismiss a female employee on the basis of her taking maternity leave.

If such a dismissal occurs, it may form the basis for a sexual discrimination claim. This also applies to pregnant employees or those employees who have returned from maternity leave.

Contact LGM Advisors, the best when in comes to Employment Law in Melbourne today on (03) 9832 0608 or by email at marketing@lgmadvisors.com.au.

Fairwork – Protection from discrimination at work