A Contract lawyer Melbourne expert, like LGM Advisors, will best assess your current circumstance, evaluate your options, and present to you the best action(s) to take when drawing up your contract(s). Below is helpful information to understand what is involved in the contract development process.

LGM Advisors is a leading Melbourne law firm, professionals in contract law. LGM Advisors have the skills, experience and expertise to ensure that you and your contract matter is consulted upon with the utmost professionalism. Contact LGM Advisors and speak to a contract lawyer today on (03) 9832 0608 or by email at marketing@lgmadvisors.com.au.

What is a Contract?

A contract is a legally binding agreement between two or more people or companies. A contract is typically needed when promises are made for the exchange of something such as a work agreement, purchase of goods, or payment for services. Upon review and signing of the contract each party is legally obligated to fulfil their part of the agreement. If a party does not fulfil their part of the agreement, then they are considered in breach of contract. If a party is in breach of contract, a court can require that party to either make right the contract, or pay compensation for losses. 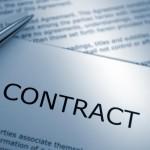 In order to ensure that your needs are being addressed and you are protected under a contract it is important to hire an experienced contract lawyer. A contract lawyer can clearly stipulate both party’s needs and agreement. The goal of a well-written contract is to limit disputes, and minimize the impact of disputes if they occur. In an ideal situation a contract will be reviewed once, signed by both parties and not have to be referenced again, as both parties are fully aware of their obligations under the contract. However, due to many circumstances, if the contract is not honoured, the documented agreement is available for review by parties, or in a court of law.

Some common agreements that a contract lawyer can assist you with are:

Process for assembling a contract

In order for your contract to be properly prepared, the lawyer writing the contract must have all knowledge available by both parties. This will ensure the contract can be prepared in a way to manage any circumstances, likely or not, that may cause confusion or breach.

Steps to prepare a contract:

Contracts can be either verbal or written depending on the needs of service. Both are legal agreements in a court of law. However, and this is a strong point, verbal contracts can be difficult to prove breach of contract, while a written contract has all the required components of an agreement, as well as the stipulations of the agreement and it is signed that both parties acknowledge the stipulations within the agreement.

Tips to Validate a Verbal Agreement:

While it may be more difficult to validate a verbal agreement has taken place, it is also important to note that a verbal agreement is also a binding contract and can be used to address breach of contract either in mediation or court of law. As opposed to a written contract, the breach of a verbal contract must need to show significant proof of breaching an agreement, and this is often done by showing egregious misconduct, and discussion points of work conducted.

In order to validate your agreement there are specific things you can do:

Tips to Validate a Written Agreement:

A written agreement is much easier to validate as both parties have signed the contract noting they are comfortable with the agreement. However, there are things you can do to ensure an agreement breach is acted upon by law:

Proving a breach of contract

If you suspect a contract has been breached, you will require legal advice from a professional contract lawyer. A breach of contract may lead to legal action if the breach of contract criteria is met. In short, there must be a binding contract, the validity of which can be proven. Proof that one of the parties to this contract is unwilling or unable to fulfil their obligations as per the agreement is required to prove a breach of contract. Evidence of damage or loss to the other party, as a result of the breach, must also be demonstrable.

Breaches of contract can be broken down into four criteria:

Regardless of the work being performed, contracts are an essential way of ensuring an agreement is satisfied within agreed upon terms. They are a vital and everyday part of our business lives. You should never feel awkward about requesting a contract as they are a professional agreement.

Hiring an expert Melbourne based contract lawyer to help you write a contract is vital to your business, and protecting you and your company. Contact LGM Advisors today for the best contract lawyer in Melbourne on (03) 9832 0608 or by email at marketing@lgmadvisors.com.au.