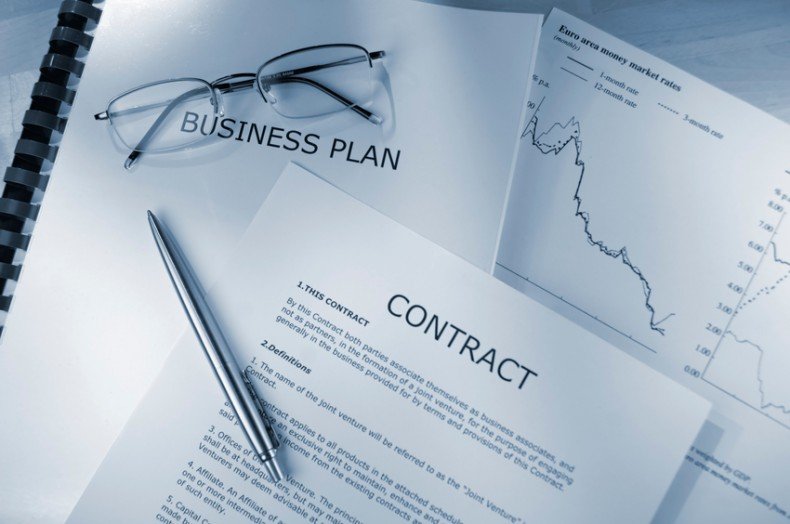 Entering into a binding contract

For legal purposes, a contract is an agreement made between two or more parties which can be enforced through the Courts and other legal apparatus. Generally, an enforceable contract is based upon some exchange between the two parties, which was agreed upon either formally or informally and which is subject to certain terms. These terms are often the subject of litigation should a contractual dispute occur later.
Most contracts are made between parties to commercial transactions, often involving the transfer of consideration in the form of goods or services. In such a case, the contract is based upon an agreement between the parties regarding what is to be exchanged, and the terms of its exchange.
It is a commonly held misconception that a legally binding contract must be some sort of formal legal document, often drafted by a lawyer or legal professional. This is not the case. Contract law simply governs the agreements private parties come to with each other in a way that enforces these agreements in order to prevent wrongdoing, such as fraudulent activity.
This article will take you through the process of contract formation so that you are aware of your consumer rights / Consumer Protection Law as well as your broader rights under contract law as it applies here in Melbourne and Victoria.

In many cases, the following processes, if met, will result in the formation of a binding contract between the parties involved:

Making an offer, and that offer being freely accepted

For example, you may have purchased some goods in a shop. In this case, the offer is made when you take the goods to the checkout and proceed to purchase the items. If you are at an auction, each bid constitutes an offer. The winning offer is accepted when the auctioneer says ‘sold’ or brings down the hammer.

In most cases, the court will not view agreements made between family members or close associates as being made with the intention to enter legal relations. However, in commercial situations, this is usually to understood to be at the core of most relationships and agreements. Therefore, if you promised a family member that you would pay them a certain amount and failed to do so, the court may rule that a contract does not exist as you did not intend to form legally binding relations. However, if you promise a company that you will pay for certain goods, then the court will almost certainly rule that a contract exists.

Legal capacity refers to the ability for an individual to rationally understand the legal implications of any processes they may be involved in. Courts will generally not enforce contracts that include one or more parties who lack legal capacity. This means that they are cognitively different from the norm, and therefore should not be treated as normal parties to a civil agreement.
Perhaps the most common examples of cases that involve parties who lack legal capacity are contracts that involved minors without parental consent or contracts that were made during intoxication or other mental impairment.

Contracts do not need to be in writing to be enforceable. As long as the terms of the agreement can be proven to have come into existence between the parties, a contract has been entered. However, in the interests of the public, parliament has enacted certain policies which require contracts to be issued in writing under certain circumstances.
Most commonly, contracts for the sale of real estate, land, or properties are required to be formalised in writing. In some states, the sale of a motor vehicle must be issued in writing. Generally, all other transactions do not need to contain a written record in order to constitute a binding contract. Having a written record of the agreement made between parties certainly does make the contract easier to enforce however, which is why many service providers or retailers draft written contracts which they require customers to sign.
For the same reason, it is advisable to create a written document that contains the terms and conditions of any transaction of considerable value. This document should be signed by both parties to the transaction.

Rights when bound by a contract

Generally, you are bound by the terms of a contract so long as its terms are lawful and were agreed to with your full knowledge and understanding of their content. Your lawyer can advice you as to whether or not the terms of a particular contract are lawful.
Additional protections exist for Victorian consumers as part of the Goods Act, which protects consumers from fraudulent or deceptive conduct by retailers and companies. Speak to your lawyer about how these may affect you if you believe you have been wronged.

Generally, you can return something you have purchased and receive:
• A cash refund equivalent to the amount you paid.
• Replacement or repair of the goods, if they are found to be defective.
In the following cases, you are not legally entitled to a refund. However, retailers may offer a refund at their own discretion:
• You purchased the wrong goods, e.g. wrong size, colour etc.
• You have changed your mind and decided post-purchase that you no longer required the goods.